An Artist Agata Norek builds “Shields against violence towards women”

She transforms pain into beauty – not diminishing neither pain nor violence which caused it. Born in Poland, living in Augsburg, the artist with a symbolic way turns acts of violence where many women attended – as well herself – into complex project about great artistic assets.

What idea accompanies “Shields Against Violence”?

The project is to transfer traumatic experiences on work of art. A symbol of shield is playing the main role in this context – round and convex reminding female breast. This measure directs attention on invisible, true colors and hidden results of violence since these visible on our bodies are usually easier and quicker to heal.

Except showing your exhibits on displays, you also work with project “Defensive shields – women against violence”. What is its mission?

The first of all we want to ease psychotraumatologic struggle to those who experienced violence. Under an eye of psychotraumatologist and artist, participants of the project will build their own “Defensive shields” transforming tough memories to overcome sad experiences both during the act of creation and the narration. 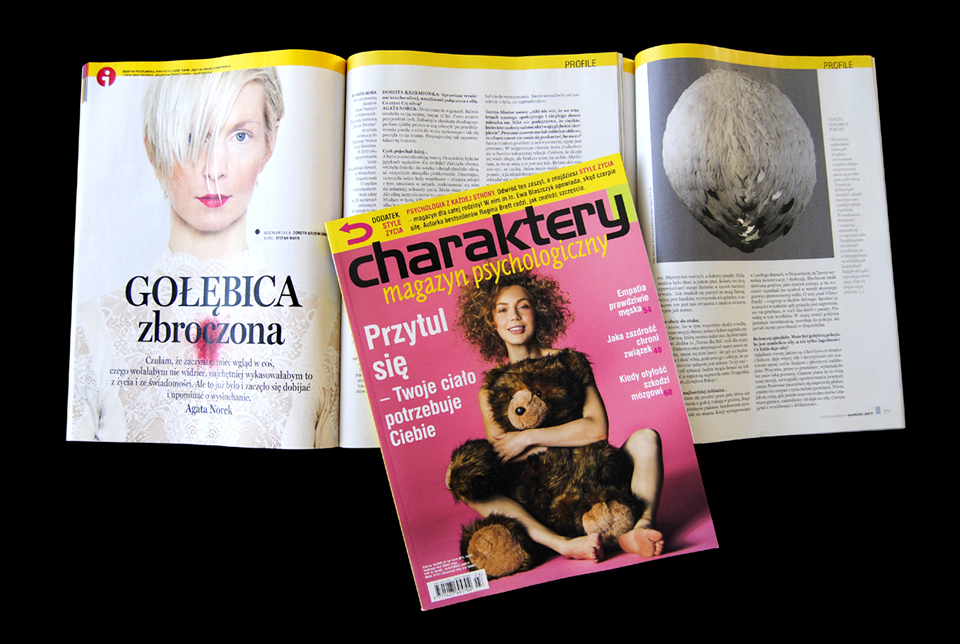 We encourage you to reading! 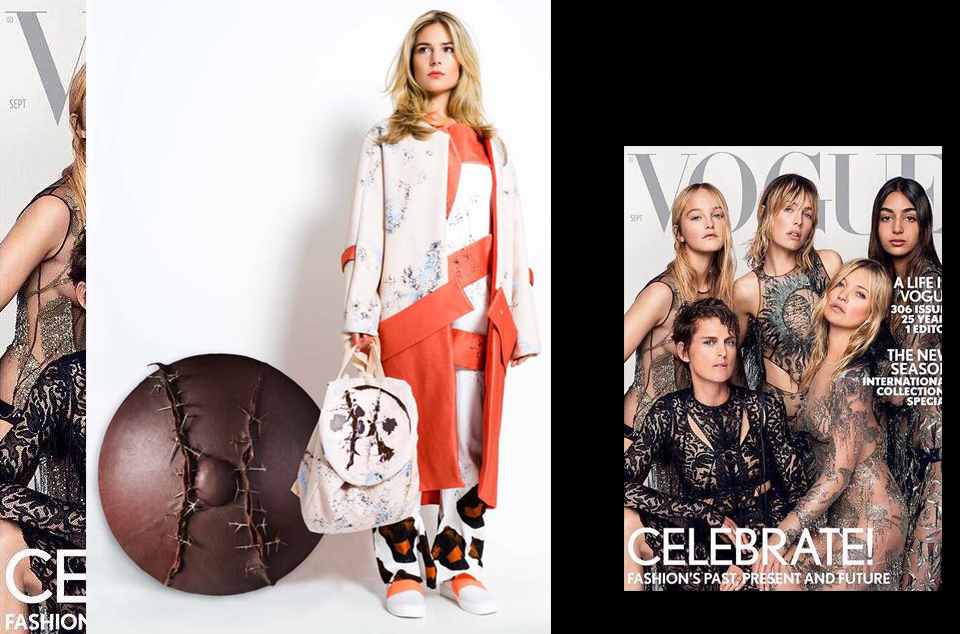 British VOGUE 9|2017 has contributed about project SHIELDS AGAINST VIOLENCE and AGATA NOREK mentioning her cooperation with fashion designer RAMONA ERB. Except for information about project, VOGUE has published a photograph with “A shield against female circumcision” which Agata created herself after reading the bestseller “Desert Flower” written by Waris Dirie.

Photograph of model with “A shield against female circumcision”: Pascal Erb 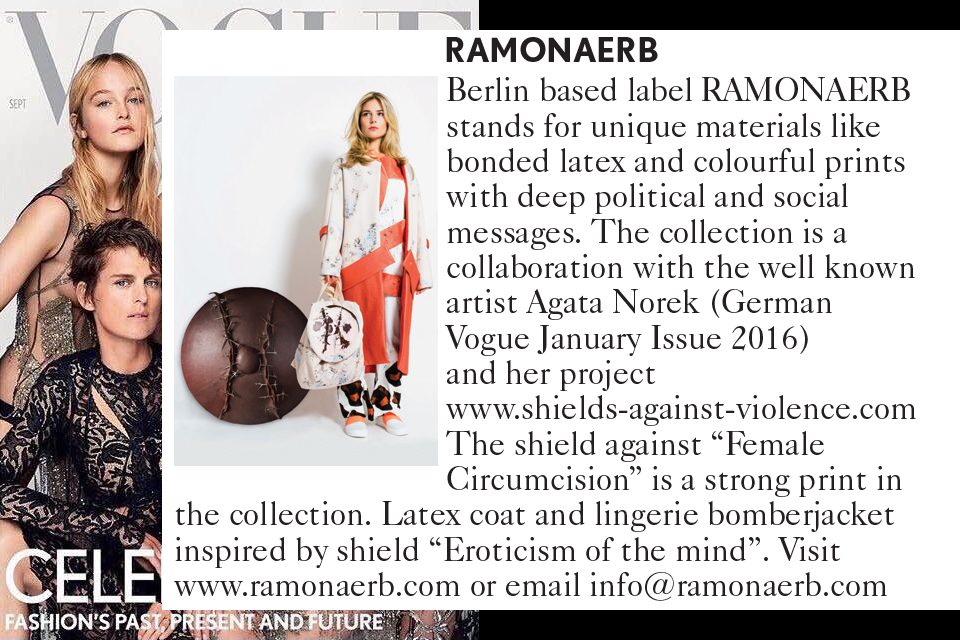 (article in german version only) 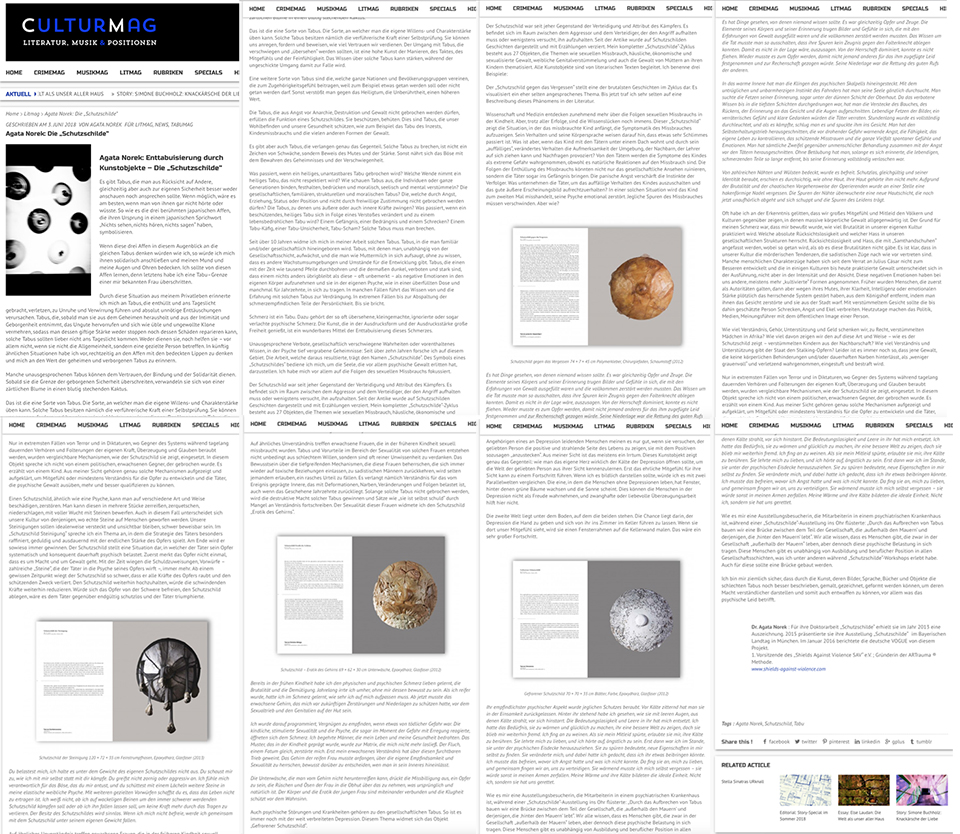