Such messages pull at my heartstrings!

One of my attendees from last “Shields Against Violence” workshop didn’t finish her Shield at the time. It was supposed to be a Shield dedicated to her ability to not only give (something she is perfect at and does – as she said – willingly), but also to receive and learn how to do it. Hence, “Shield-Heart” directed at the world and open towards a good energy like a satellite dish.

Bravo and I am extremely happy! 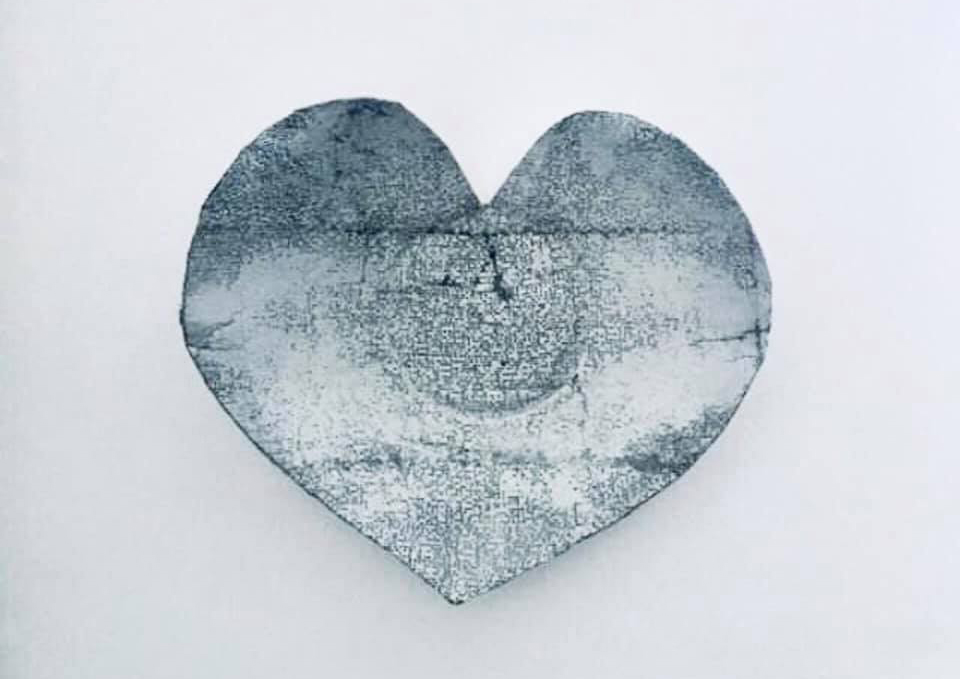 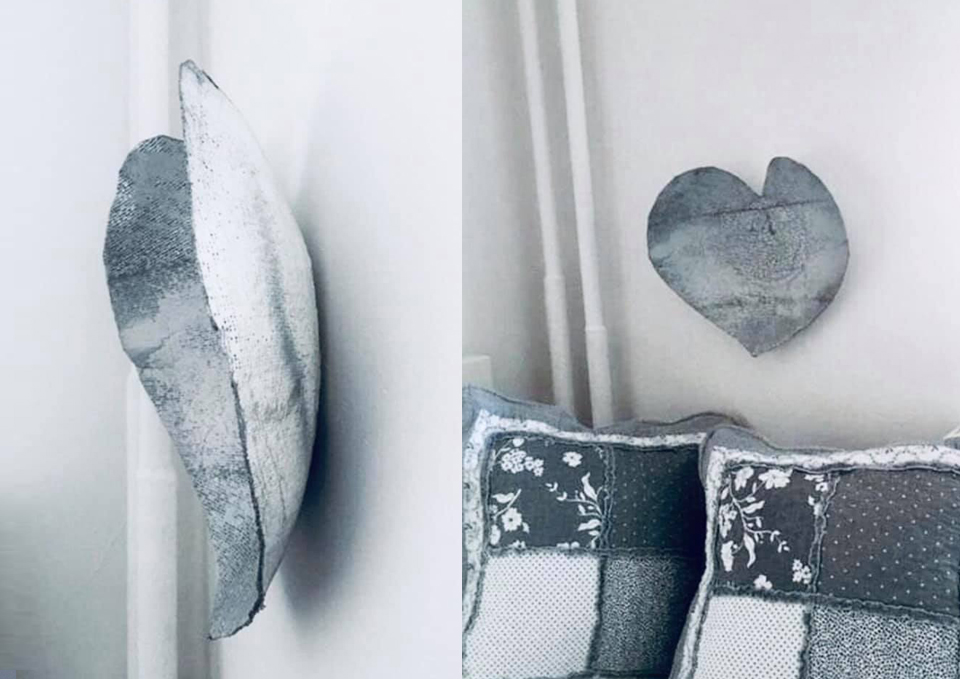 After “Shields Against Violence” workshop, I left Gdansk with feelings one could only wish to describe. I was leaving feeling enormous happiness and accomplishment. I was flying back home not only with wings of an airplane but also my own!

From all my heart I WANT TO THANK ATTENDEES of “Shields Against Violence” workshop for opening so much goodness, openness, honesty, wisdom and vulnerability. May you live to your fullest, enriched with your own Shields! I discovered, that this time nobody created a Shield against violence itself. This time we were creating Shields enhancing origins, highlighting and exposing a heritage, regulating relations between women in a family, touching on attendees’ self-resources and exposing their strengths, Shields empowering tenderness towards one another and oneself, but also a Shield representing adequate assessment of one’s job value. There was also a Shield demonstrating needs, a Shield extracting shame from its cover and presenting it as a value.

I would like to thank Gdansk Art Gallery for the invitation, curator Marta Wróblewska for all the sympathy, totally amazing and funky Agnieszka Baaske for a passionate personality as well as stating that “I am such a genius it’s hard to believe I’m not glowing during night!”.

I am GRATEFUL for every single person showing their inner man that brings so much happiness! 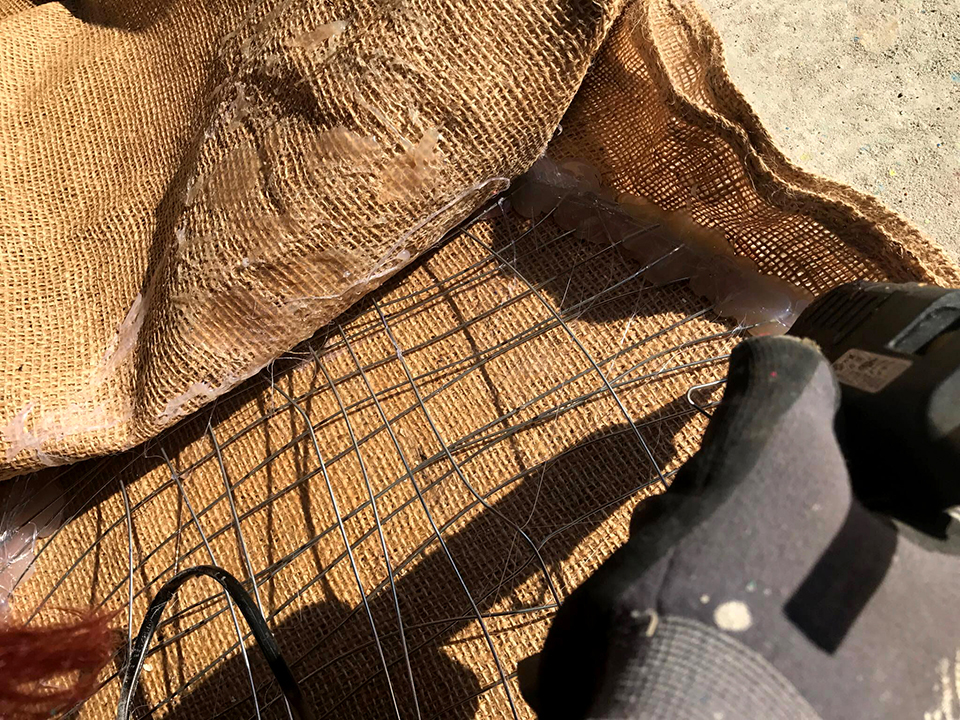 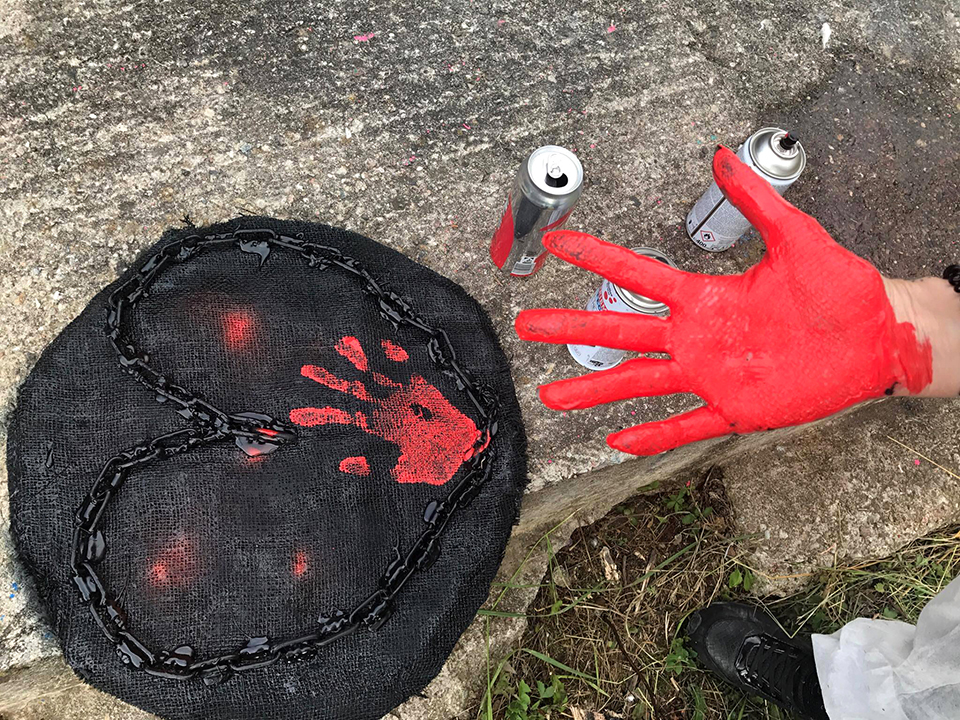 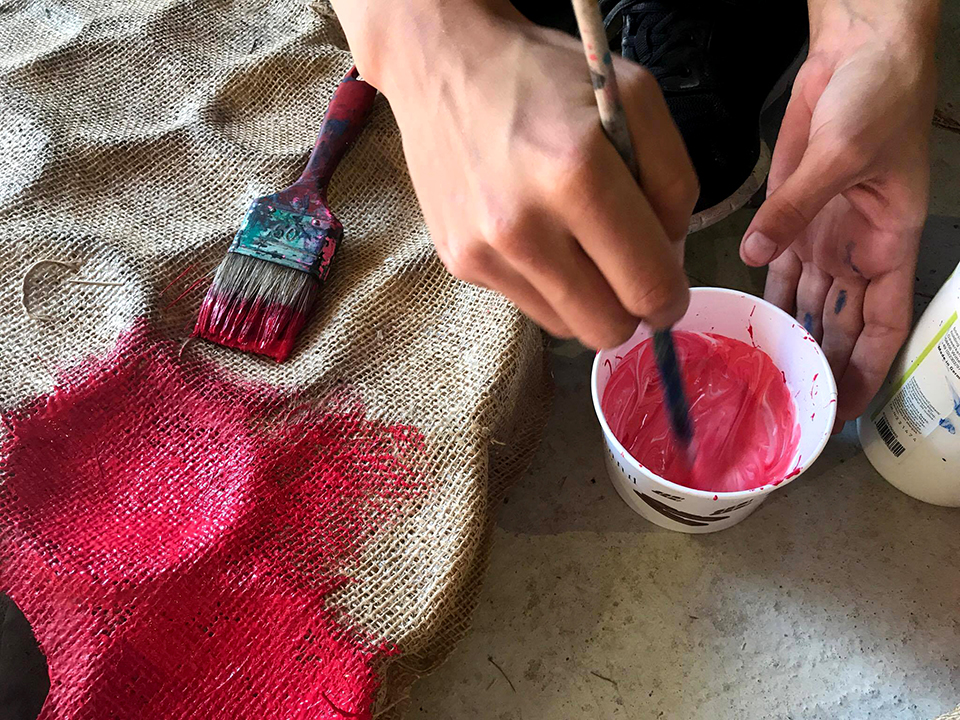 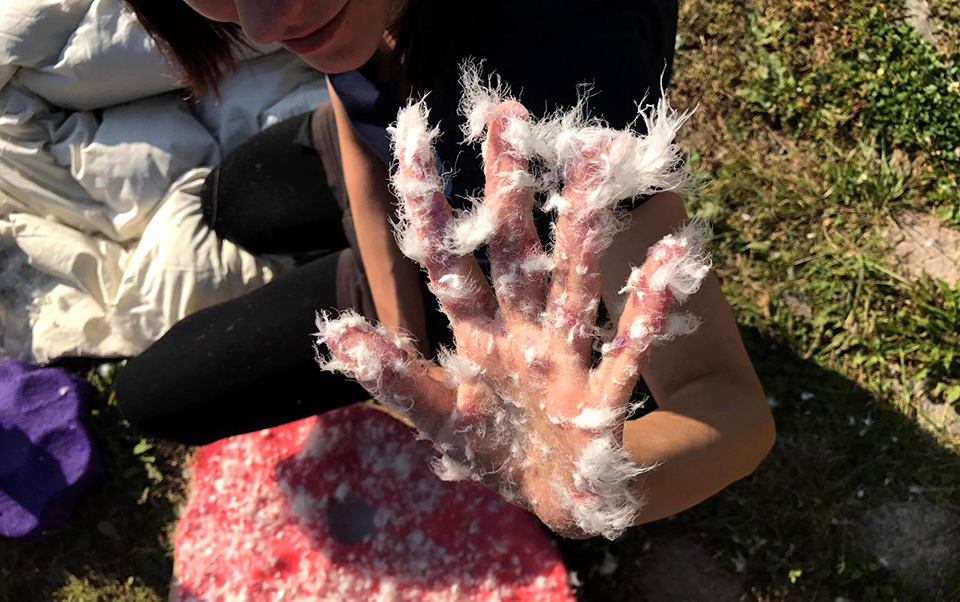 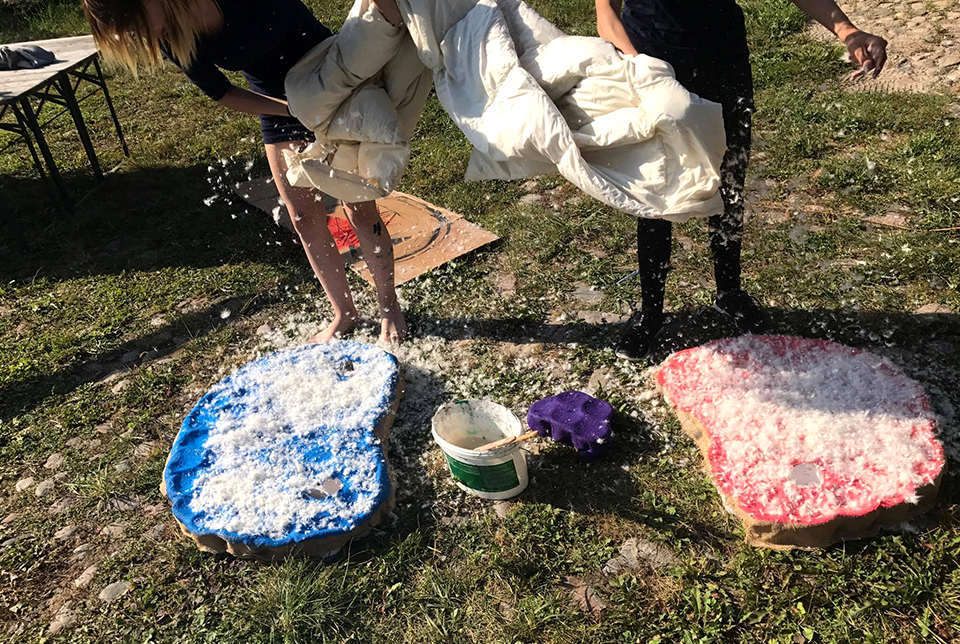 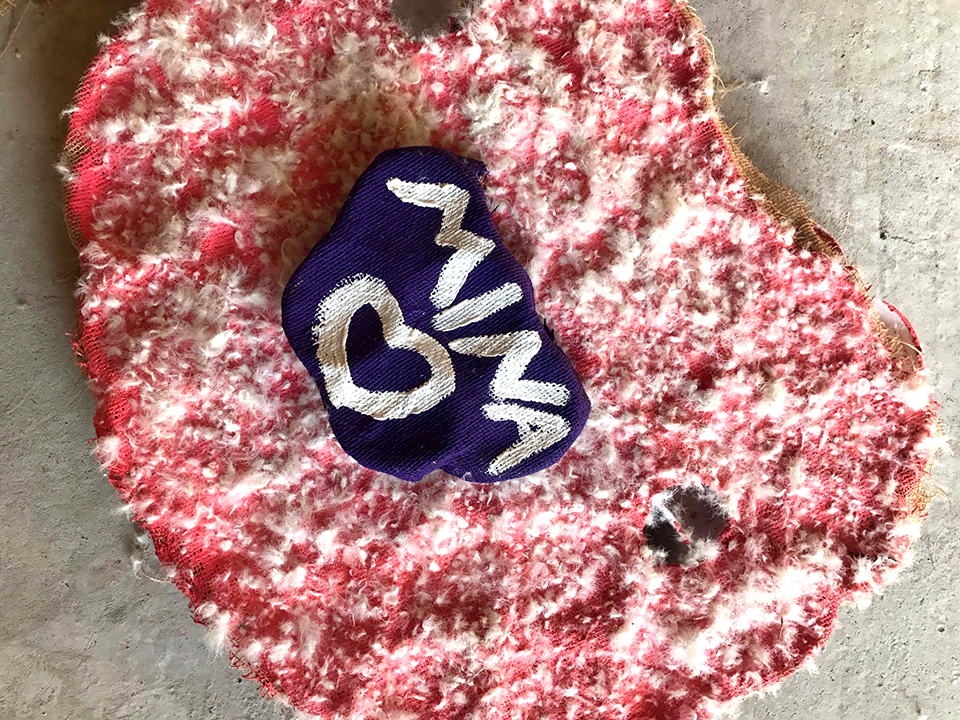 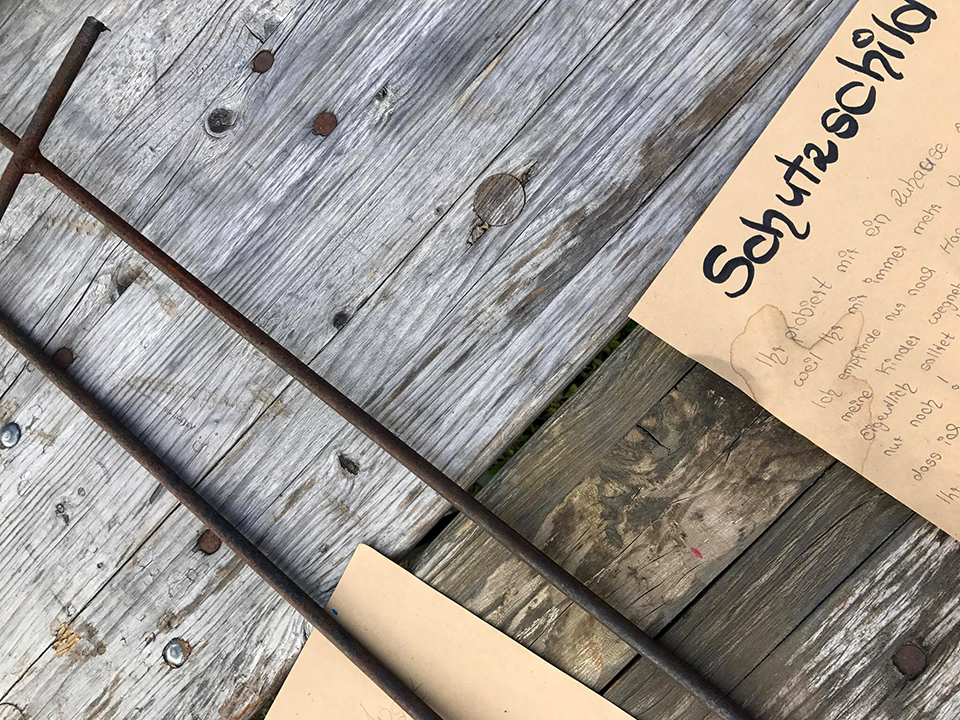 In September 2017, I conducted the Shield workshop in cooperation with the German section of an international organisation helping sexually abused children, fighting against pedophilia and child pornography on the Internet - Innocence in Danger e.V.

For a week, we lived and worked in a private palace near Berlin, belonging to two members of the organisation’s board. Participating in the project were four young mothers, residents of the center in Berlin, whose parental competences were being reviewed. These women went to the center because of concerns that they are unable to ensure the safety of their children. I learned from their attendants that they had never worked. Most of them had not completed any formal schooling. They were extremely distant, turning their dire situation into a joke. They mocked themselves, called themselves "the queens of chaos," and said that even if they put one part of their chaos into order, another was born, and the vicious circle kept turning. I wondered how I could possibly get through to them.

I started by telling them how I came up with the idea of ​​building the Shield, I briefly discussed what, historically, Shields were for people, what they symbolised and represented in our project. After some time I asked them to think about what part of their current life situation would need a shield, or perhaps where they still carry  a Shield, even though they may not need it anymore.

Larger than life Doris, who at first glance exerted a high level of aggression, and a person I would not have suspected of opening up to me, began to talk about the center in which they lived. She spoke honestly and from the heart. She began to cry. At my request, she began to write down her thoughts and in this way wrote a letter to the guardians of the centre. She wrote that staying in a centre that should protect her and her children had become a prison. When she’s taking care of her children, she keeps hearing from the attendants that she is a good actress. When in turn, she is angry, she hears that she is unpredictable. She feels as though she has been categorised as a bad mother, regardless of what she did. She cried almost throughout the entire time she was writing.

I asked Doris what shield she had or would she have, to help her survive this particular situation, or if she just wanted to show and tell us what her own Shield in connection with the existing circumstances looked like. I told her that what we were now dealing with was art and that no one would be assessing her emotions, nor would they block, or inhibit, or censor what she wanted to say.

I assured her that I was right there to help her express everything to the end - to show and name what torments and suffocates her in the current situation, that is causing her suffering.

Doris said she wanted to build a Shield Prison, because that's how she felt and saw her position. What was supposed to protect her - as she wrote in the text - had become her prison, from which she could not see a way out.

Spontaneously, we began looking for materials that could be used to depict a Shield Prison. As the workshop was being held in a barn, there were many items connected with country and farm life. Doris found a piece of an old, rusty, metal fence in a nearby meadow. She brought it back with her to the barn. I saw that she wanted to act and create. She was full of readiness. I realised that it wasn’t the final aesthetic value of this object that would be important, but rather its ability to put Doris's emotions into this object. From here, we quickly established the shape of the Shield Prison, because I did not want her willingness to act and determination to diminish. She was full of anger. With a cigarette in her mouth Doris took to cutting the fence with an electric saw, showing no fear or resistance. I think that this tool well reflected her rage towards "the entire world." Since she was a powerful woman, the weight of the material she chose for her Shield was not an obstacle to her. All the while smoking a cigarette, she created her Shield from the old piece fence. When the shape was cut out, Doris began to bend the metal rods with her own hands in such a way that the Shield was not straight but became rounded.

Her efforts aroused the curiosity, joy and interest of other project participants. Doris's shield was very quickly ready. Then she took a metal can with silver spray and repainted the rusty rods. In this way, her Shield gained a fresh look. She did this because she said that the situation she lives in is a current, fresh situation, not a situation that has passed. Doris was satisfied with herself. When the Shield was finished, we returned to the text. Doris did not want to correct or change her text, because she stated that she had expressed all her feelings and thoughts in the first draft.

Doris’s courage, honesty, spontaneity and explicitness moved me. What captivated me most, however, was the fact that two days later she came to me with a ready text, which this time expressed her conflict with the outside world. She asked me to help her build a Shield for this description and expression. It pleased me greatly that she had found a channel for locating and channeling her powerful emotions in the project. The other workshop participants also created their own Shields, but Doris’s situation, expression and result, was for me, particularly poignant.

I heard from one of the attendants that for these girls, meeting an artist with a non-judgemental attitude, was a completely new and powerful experience. I think it was one of the factors encouraged their trust and participation.